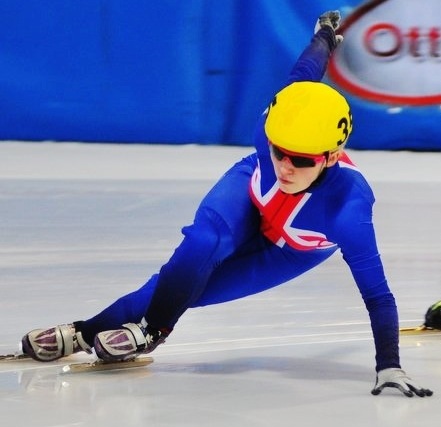 Since joining the senior British Squad in the summer, Flyers Kathryn Thomson has made rapid progress while still recovering from injury. At her first senior international for G.B. in Heerenveen Netherlands she placed 26th of 31 competitors. In the relay, skating with Elise Christie, Charlotte Gilmartin and Alex Stanley, Kat won her first senior gold medal beating Germany, Poland and Hungary in the final.

Big targets for Kat this season are to compete in the senior Europeans in January in Malmo, Sweden and to win the Junior Europa Final (Star Class) in Baselga di Pine, Italy in March.

Archie Marshall,
Club Coach
This entry was posted in Club. Bookmark the permalink.